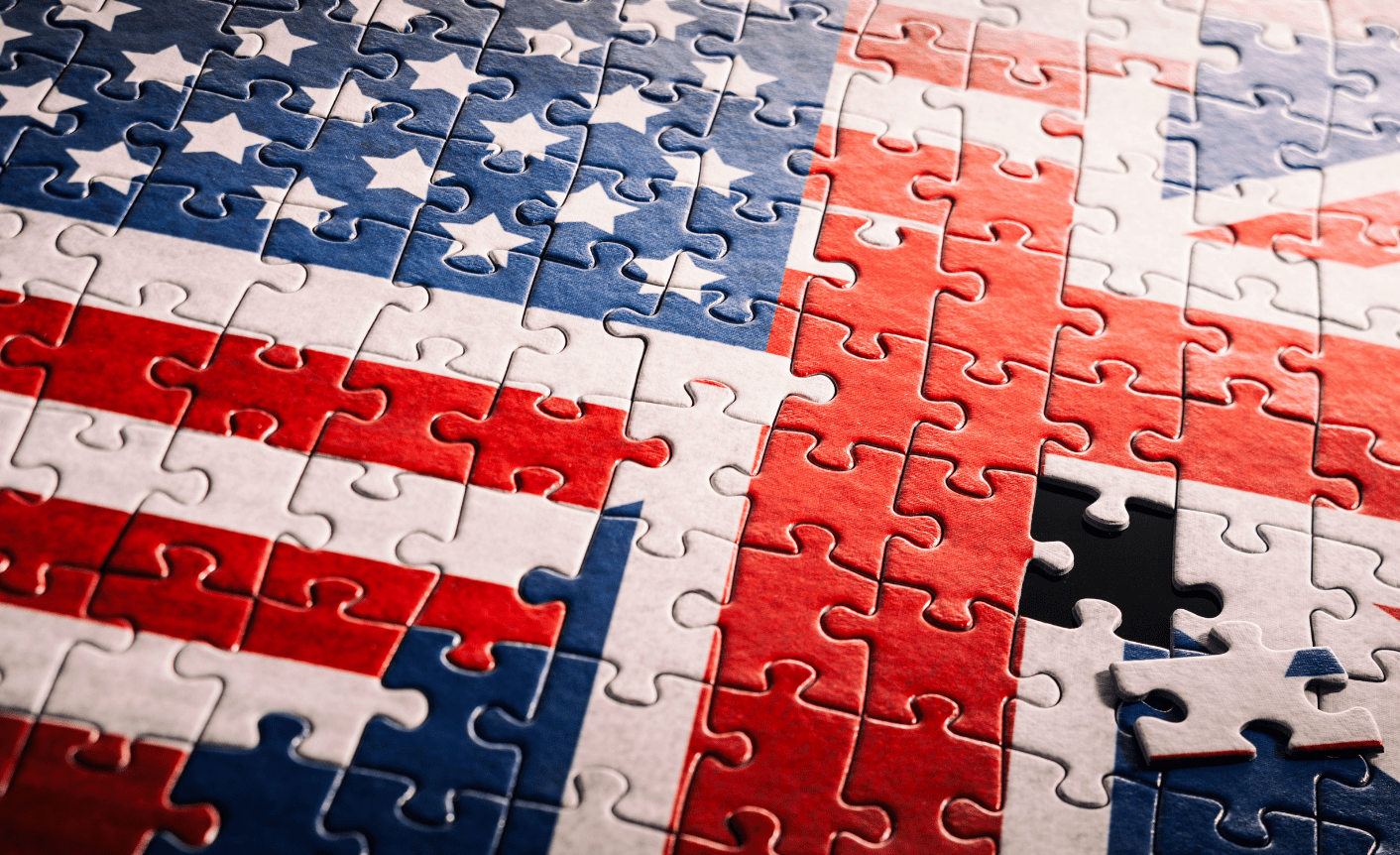 From humble beginnings on a small island more than 1,400 years ago, the English language has grown to become the de facto lingua franca around the world. And while it’s the third most spoken language (after Chinese and Spanish), there are significant differences in speech, spelling, pronunciation, terminology, and meaning depending on where it’s spoken.

Although Americans, the British, and Australians can all communicate easily enough, our use of the mother tongue has definitely evolved enough to create very distinct versions of the language. And that matters. When you’re writing for different international audiences, you’ve got to get it right. And you can’t just assume that what flies in your country will be suitable in another, even if it’s the same language it could have a different meaning.

Do you know your cilantro from your coriander? Your Labor Party from your Labour Party? Or your plough from your plow? Let’s take a look at how UK, US, and Australian English came to be, and how different nations use them.

Where did English come from?

The earliest forms of English were brought to Britain by Anglo-Saxon settlers in the fifth century. After the Norman Conquest of England in 1066, French influenced the language. Early Modern English then developed in the late 15th century when the printing press was introduced and the King James Bible was published. With the subsequent expansion of the British Empire, English as we know it spread across the world over the following centuries.

UK English has distinct spelling variations, in comparison to American English. Wherever Brits use “-ise,” “-yse,” and “-ence” as word endings, for example “globalise,” “analyse,” and “defence,” Americans would use “-ize,” -yze,” and “-ense” instead. Likewise, British English favors adding a “u” to words like “colour” and “favourite,” unlike the American spellings of “color” and “favorite.”

There are a few grammar variations between British and American English, ranging from collective nouns to irregular verbs. In British English, collective nouns — used to refer to a group of individuals — can be singular or plural. So a Brit would either say “the class are attending the football game” or “the class is attending the football game.” And remember, in a British context “football” refers to what Americans would describe as “soccer.” However, Americans only use collective nouns in a singular form, such as “the band is on time.”

Now let’s talk about verbs. When it comes to auxiliary verbs (otherwise known as “helping” verbs), the British usually opt for terms like “shall,” instead of the less formal “should” that Americans prefer. So a Brit might say “shall we have a cup of tea?” whereas an American is more likely to say “should we have a cup of tea?”

Another grammar difference lies in the use of past tense irregular verbs. Take the verb to learn. In British English, the past form can be both “learnt” and “learned,” yet in American English only “learned” is used. The same rule applies to other verbs such as dream, burn, or lean. What’s more, in the past participle form, American English uses the -en ending for irregular verbs, such as “I’ve never forgotten my Dad’s birthday,” while a Brit might say “I have never forgot my Dad’s birthday.” If you want to learn about more grammar differences between the United Kingdom and the United States when it comes to language, check out this blog.

Currently, British English is most commonly taught in Europe, Asia, and Africa, while the Americas favor teaching and using American English.

So why all these differences? Quite simply, the two versions went their separate ways around 250 years ago and have been diverging and sharing new words and phrases ever since. America started pinning down its version in the 1800s, thanks to lexicographer and language reformer Noah Webster.

His American Dictionary of the English Language was groundbreaking and was aimed at standardizing the American language. Webster, allegedly, changed the spellings of words in an effort to make US English different from British English as a way of showing cultural independence. He believed that English spelling rules were unnecessarily complex, so he introduced spellings that were pronounced as they were written. He also added 12,000 new words that had not appeared in British dictionaries, such as skunk and squash, among other Americanisms.

A note on Canadian English

Interestingly, Canadian English is a mixture between American English, British English, Quebec French, and unique Canadianisms. Canadians prefer to use British English words, such as “colour” or “travelled,” yet their pronunciation is more similar to their American neighbors.

Fancy learning more about the nuances of Canadian English? Check out this informative blog by Babbel.

Australian English is most similar to British English in spelling and sentence construction, although its accent and vocabulary are very distinct from the UK. While American spellings were popular in Australia in the late 19th and early 20th centuries (for example, the Australian Labor Party has no “u”), the introduction of the Concise Oxford English Dictionary seems to have re-established British spellings from the 1920s onward. Therefore, labour (the act of working) keeps its third vowel while the political party doesn’t.

Australia also developed a large lexicon of its own, giving the world new terms for flora and fauna from indigenous Aborigines, such as kangaroo and dingo. Words like cobber (friend), battler (a worthy person who is struggling to survive), and bludger (someone who lives off the work of others) are unique Australian words that you won’t find elsewhere.

There are many nouns that Australians and Americans share. Zucchini, for example, owes its existence to Italian migrants that moved to both countries, leaving the UK with the French version courgette. You’ll find eggplant in the supermarkets of America and Australia, but not in Britain where it’s called an aubergine. But don’t be fooled. Not all produce is the same Down Under; cilantro is still the British version coriander, and arugula remains rocket.

Australians are a pretty flexible bunch and employ words from both sides of the pond. They will talk about both gas and petrol and takeout and takeaway, with little attention paid to the difference.

However, there are some regular words and phrases that are completely different in all three versions of English. A schedule is a rota in the UK and a roster in Australia. We might talk about candy, but they say sweets and lollies. Sneakers in the US are known as trainers in Britain and runners in Australia. Depending on the country you’re in, you’d go to a liquor store, an off-licence, or a bottle shop to buy beer. It’s hot outside, so are you having a popsicle, an ice lolly, or an icy pole? When it’s cold at night do you wrap yourself up in a comforter, a duvet, or a doona?

You need to think about your target audience when you’re creating content, otherwise it won’t resonate with them. We might all speak the same language, but in practice, all English-speaking countries have their own linguistic idiosyncrasies, unique lexicons, and just plain differences. If you’re in doubt, engage the services of someone who can help localize your content. That way, you’ll sort your bell peppers from your capsicums and your cell phone from your mobile, and you’ll truly be speaking your readers’ language.

If you’re looking to brush up on your English grammar, make sure to download our free Grammar Guide for Busy People for more quick and helpful tips!